TradeTravelJournal.com | 3 Philippine cities join global partnership to access better digital tool that can help achieve a 1.5C trajectory | The cities of Baguio, Makati, and San Fernando (La Union) have joined an international partnership with 47 other cities from 17 countries to use new digital tools, accessible data, and quantified feedback for their transition towards the target of Net-Zero carbon emissions.

Through the partnership, the local governments of these 3 Philippines cities will be able to develop more impactful climate action plans while collaborating with their own city departments, residents, and other cities across countries.

The participation of Baguio, Makati, and San Fernando (LU) is part of their engagement in the One Planet Cities (OPC) project led by WWF-Philippines and is part of the “Year of Climate Action” partnership between WWF and climate technology software company Futureproofed.

“We are delighted to see our Philippine cities take a step further in their journey towards 1.5C alignment while also strengthening both external and internal collaborations. The digital platform provided by WWF and Futureproofed will surely help in complementing the cities’ One Planet City Challenge (OPCC) feedback results, which they can use in their assessment and ways forward to an effective climate action plan for their city,” said Imee Bellen, Project Manager of OPC from WWF-Philippines.

Relevant feedback will be offered to the participating cities, including which measures and policies lead to the most significant emissions reductions and which actions are cost-effective in achieving their part towards the 1.5C trajectory of the 2015 Paris Agreement.

“No matter how good our data, climate transition today is less of an information and technology issue, and more about implementation and cooperation. Sharing knowledge, in real time, across countries, contexts and continents, about what works and what doesn’t; aligning experts within cities and across departments behind an overarching political plan and motivating everyone to take ownership, will lead to success” said in an open letter dated January 27, signed and published by select participating cities, including WWF and Futureproofed for the launch of the “Year of Climate Action”.

As part of their starting activities, more than 30 City Government officials and staff from Baguio, Makati, and San Fernando City have joined the Local City Team Launch sessions last February 15 and 17, 2022, with other cities from Indonesia, Sweden, Turkey, and the United Kingdom.

The sessions consisted of two main parts, with the first one led by Futureproofed City Climate Coach Annabel Vanhoven presenting the role of cities in climate change and an overview on the OPCC and Futureproofed cities.

The second part was a breakout session where participants were divided into groups per city to discuss the status, challenges, and points of collaboration for their climate action plan with the various city departments present.

Meanwhile, results from OPCC, WWF’s friendly competition on climate action among cities globally, will be announced by March 2022, with other local OPC activities in the pipeline for the 16 PH participating cities for the rest of the year.

Notes to the Editor:

About Futureproofed and the “Year of Climate Action”

Futureproofed is a climate technology software company that provides software-platforms FutureproofedCities and CarbonCap to help cities and organizations to measure, manage and reduce their CO2-emissions. The “Year of Climate Action” partnership with WWF runs for the entire 2022. See futureproofed.com/about

WWF is one of the world’s largest and most respected independent conservation organizations, with over 5 million supporters and a global network active in nearly 100 countries. WWF’s mission is to stop the degradation of the Earth’s natural environment and to build a future in which humans live in harmony with nature, by conserving the world’s biological diversity, ensuring that the use of renewable natural resources is sustainable, and promoting the reduction of pollution and wasteful consumption.

WWF-Philippines has been working as a national organization of the WWF network since 1997 and implements various conservation projects to help protect some of the most biologically-significant ecosystems in Asia. WWF-Philippines works to improve Filipino lives by crafting solutions to climate change, providing sustainable livelihood programs, and conserving the country’s richest marine and land habitats. 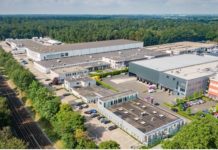 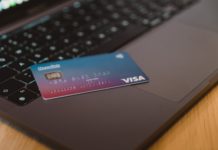 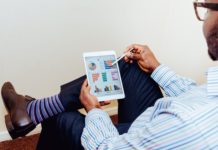 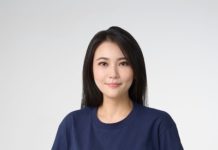 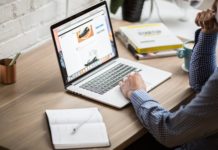 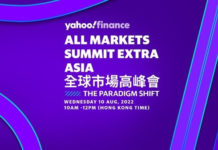