Companies don’t survive and thrive smoothly without its competent bosses.  Depending on their leadership, businesses may achieve their full potential to the extent they become brand ambassadors themselves.  However, there times that they become the prime reason why employees come and go with their companies.  What separates the bad bosses from good ones? What are the effects of being a Sir Monster and Ma’am Terror in the office?

In a Leger poll that surveyed 1,525 Canadians for Monster Canada, it was revealed that 42% of Canadian employees leave their companies due to their bad bosses.  Meanwhile, 27% thought that their bosses possess anger management issue, 31% considered their upper officials came from hell because of their managing style, and 22% believed they have impossible to please  business chiefs.

“People don’t leave the company, they leave their boss, their manager,” Sheryl Boswell, of Monster Canada, shared with Toronto Sun. “We felt that was proven true with the survey results.”

On the other hand, a recent study of Academy of Management Journal suggested that maybe individuals become bad bosses because of their work-life balance issues. Apart from this, they also feel mental exhaustion or ‘ego depletion’ that’s why they lose self-control.

“If I might have an opportunity as a boss to act out, I’ve got this self-regulating thing, I’ve got this voice in the back of my head telling me what is and what is not an appropriate behavior,”  Northern Illinois University assistant professor of management Brian McCormick said in an interview with Chicago Tribune. “But as the day goes along and I get mentally exhausted, I have less of that regulatory mechanism, and once I’m depleted, I start lashing out.”

McCormick also suggested that companies should also care their leaders like giving them leeway to nap or have a break so they can mentally recharge. 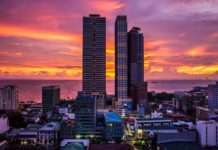 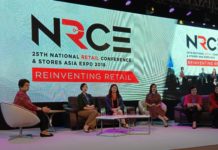 Promoting Women in Retail Leadership at the National Retail Conference 2018