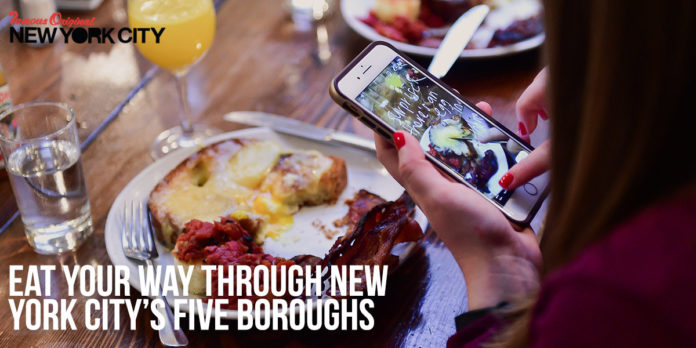 From Michelin-starred restaurants to hole-in-the-wall gems,  awe-inspiring global cuisine to aromatic street carts, New York City has endless dining options. The cuisine of each borough and neighborhood tells the story of the City’s history, culture and latest trends. Food tours are the perfect way to experience authentic NYC, satisfy your taste buds and your wanderlust. Shop for authentic culinary delights on Inside Out Tours’ Bronx’s Little Italy & Arthur Avenue Shopping Tour. Learn about the rich history and cultural heritage of Belmont, home to generations of Italian-American families.

Join Bronx resident and food aficionado Susan Birnbaum on a SusanSez NYC Walkabouts tour to see the neighborhood like a local. Susan’s Little Italy on Arthur Avenue tour takes you to some of her favorite spots for fresh pasta, mozzarella and cannoli.

Play ball and eat game-day classics in the greatest sports city in the world. Pair a Yankees Stadium Tour with ballgame fare and new dining options.

On A Slice of Brooklyn Pizza Tour, cover Brooklyn and pizza from end to end via bus, stopping at iconic landmarks and movie locations. The tour company’s latest is the Chocolate Bus Tour of Brooklyn, which features chocolatiers in the lesser-known neighborhoods of Red Hook, Cobble Hill and Gowanus. Learn how chocolate is made, sample traditional

and artisanal chocolates and visit Valentino Pier for a view of the Statue Liberty.

Visit four of Williamsburg’s hottest restaurants and enjoy a four-course progressive meal on Avital Tours’ Williamsburg Food Tour, all while learning about the neighborhood’s culinary history, important places and must-eat dishes. Why not get some exercise while you taste local delicacies and take in the vibe of the borough? Dine on pizza, dessert or a combination of both on one of Brooklyn Bike Tours’ offerings. Enjoy Brooklyn’s burgeoning craft beer scene on a City Brew Tour. Meet brewers, get VIP behind-the-scenes tours and On Like A Local’s Flatiron Food, History & Architecture Tour, see two of New York City’s most iconic and picturesque neighborhoods, Flatiron District and Union Square, and explore classic restaurants and hidden gems. Experience Harlem like a local, enjoying soul food and the cuisines of the Caribbean, Africa and Italy on a Taste Harlem Food and Cultural Tours. Learn to appreciate New York City’s authentic street food on Turnstile Tours’ Food Cart Tour. Enjoy bites from some of the City’s best food carts and trucks while learning about Midtown Manhattan or the Financial District. Celebrate the Year of Pride on Urban Adventures’ LGBTQ+ History, Neighborhood and Pub Tour of Greenwich Village. Have a drink at Julius’, the oldest gay bar in New York City, visit the historic Stonewall Inn and cool down with an ice cream covered in rainbow sprinkles at Big Gay Ice Cream. With three different Culinary Walks in Queens, there’s something for everyone on a Culinary Backstreets A full Sichuan banquet in Flushing, food trucks in Corona, the Queens Night Market and a Thai grocery store/community center in Elmhurst are just a few of the options.On Food On Foot Tours’ International Express Food Tour of Queens, delight your taste buds in New York City’s most diverse borough. Along with food stops, your guide will give you a subway look of famous TV, movie and sports landmarks.From traditional Greek to Brazilian, Venezuelan and Balkan food, the Noshwalks Astoria Tour unearths both the classic and lesser-known cuisines of Astoria. Groups will also stop to see the Museum of the Moving Image and Kaufman Studios along the way.

Cititrek offers a variety of Staten Island tours, including two culinary adventures. The Taste of Diversity Tour of Victory Boulevard takes visitors through Tompkinsville to discover Albanian, Sri Lankan, Ecuadoran, Caribbean and African shops and restaurants. The Pub Crawl Tour of St. George by the Ferry features brewery tours, samples, wine and appetizers in St. George close to the ferry. Afterward, take a ride on the free Staten Island Ferry. Noshwalks Staten Island Tour includes a diverse offering of food and culture in Tompkinsville. See and taste the area’s rich history, shops and cuisine from Jamaica, Poland, Honduras and Nigeria.

NYC & Company is the official destination marketing organization for the City of New York, dedicated to maximizing travel and tourism opportunities throughout the five boroughs, building economic prosperity and spreading the positive image of New York City worldwide. For all there is to do and see in New York City, visit nycgo.com. 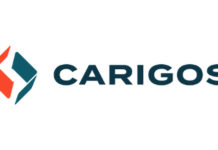 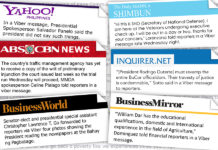 Viber is Now the Best Source of News 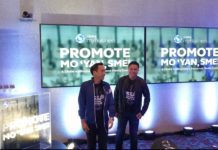