Not all are keen on reading, particularly lengthy materials, but everyone loves to watch videos.   Perhaps it’s also one of the reasons that even it’s expensive to place commercials on television, especially during primetime, advertisers bite it.  With the power of social media sites such as Facebook, Twitter, Pinterest, Youtube, and LinkedIn; companies have more options to market their products and services.  Of all, it’s easy to point that Youtube has the potential to become the alternative for TV in video marketing per se.  The question now, does Youtube is an effective avenue for marketing? Is it good for your Internet ads?

According to Business World’s report even Mark Zukkerberg’s co-founded site invested on Youtube to advertise their site.  This despite of the fact these two sites are vying for advertisers’ attention as Facebook also showed video ads too when users play games or viewing apps.  Furthermore, the Google’s subsidiary site offers “flexible marketing platform” as ads pop every now then when viewing videos.

“If the social network’s own video ambitions are to be realized, and if it is to convince content owners it is a viable alternative to YouTube, it must deliver comparable returns,” Richard Broughton, Ampere Research Director, shared.

BW also noted that the ZenithOptimedia’s research revealed that Youtube is not only a threat to Facebook, but also to TV networks.   In 2014 online video reached 33% high compared to other digital marketing tools and the multinational marketing agency projected it will reach 29% by 2017. They also shared that this year alone global ad spending on video sharing site may hit $531 billion.

Meantime, Business Insider shared team of Credit Suisse analyst Stephen Ju’s estimate in how much Google is getting from Google Play and Youtube.

“We believe the aggregated revenue contribution from YouTube AND Google Play has risen from 4% of Gross Revenue in 2010 to 15% in 2015 and should reach 24% by 2020, given the higher trajectory of growth versus core search. And as these businesses continue to scale, they should both see gross margin expansion which should underpin near-to-medium-term operating margin stabilization and eventually to margin expansion,” Credit Suisse‘s, the team that analyzed that Google captured $6 billion from Youtube, imparted.

In entertainment circuit,   it is known that the award-winning singer Taylor Swift already went against Spotify and Apple, but that’s with Youtube.  So what’s possibly Swift’s camp thinking considering that pro and anti Swift can listen to her music anytime for free?

“For much of the country, YouTube is still the place to go to discover and consume music. As a promotional platform, it has become as important as, or more important than, terrestrial radio,” said Larry Miller, professor of music business at New York University’s Steinhardt School of Culture, Education, and Human Development shared  in interview with CNBC.

Now with the technique in how businessmen can use Youtube as their marketing tool, Concept 5 outlined Pixability.com’s report “The Top 100 Global Brands: Key Lessons for Success on YouTube.”  On the top spot they shared it’s about producing more videos regularly.

The other tips are   to use SEO on uploaded Youtube videos, make diverse contents, strategize your video marketing, don’t’ forget branding ideas, focus on adding content than channels,  and   always connect and shares videos on other  social media sites particularly  Facebook and Twitter.

“Videos do not need to be prime-time quality because those with lower production value can be just as effective,” Concept 5 reported. 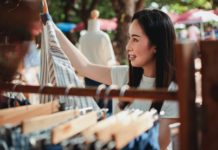 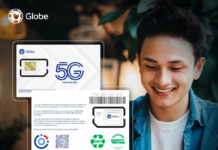 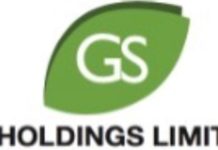