Isuzu Philippines Corporation led the historic turnover today of 15 units of its modernized public utility vehicle at the iconic boundary of Manila and Quezon City, two of the country’s most important cities.

The 15 modernized PUV have been assembled using the Isuzu QKR77 cab and chassis platform and the rear body designed and manufactured by Almazora Motors Corp. The units are Sanden air-conditioned 23-passenger Class 2 PUV with a side-facing seat configuration.

The new PUV body is compliant with Philippine National Standards (PNS 2126:2017). The passenger cabin floor-to-ceiling height and gangway width are 1,780 mm and 830 mm, respectively, providing more space for passengers to move easily inside. The passenger door is safely situated on the right-hand side, facing the sidewalk. Other design features of the body include panoramic windows and windshield, full-body insulation with GeneQ shield, automatic door closer, ECE-compliant headlamps, brake sytem, wipers, windshield washer, and side view mirrors, and provision for persons with disabilities.

Completing the modernized look and features of the new PUV are the LCD/LED TV monitors, electronic signages, fire extinguishers, GPS navigation system, CCTV, dashcam and back-up cameras, and an automatic fare collection system (AFCS) installed by Euodoo Inc. All of these have been geared for passengers’ safety, entertainment, and added convenience in fare collection.

The new PUV also come with separate warranty coverages for cab and chassis (3 years or 150,000 km, whichever comes first) and body and aircon, options not available for old jeepneys.

In a symbolic gesture of cooperation among local government units and the private sector, the two motorcades originating from the city halls of Manila and Quezon City converged at Mabuhay Rotonda, where the seven modernized PUV from Manila and the other seven from Quezon City finally joined an Isuzu PUV on display at the Rotonda.

Later on, at the press conference at the Luck Garden Restaurant in —, Mr. Koso reiterated IPC’s commitment to help modernize the Philippines’ PUVs. “What IPC started for the Senate’s transport cooperative last June 18, we continued to expand to other key strategic locations in the country such as Iloilo. Now, we bring the efficiency, safety, and comfort of our Isuzu modernized PUV right at the heart of the country’s vibrant socioeconomy, where an efficient public transport system is most needed.”

The route/s that the 15 modernized PUV will ply would be the Manila City Hall to Quezon City Hall and vice versa. 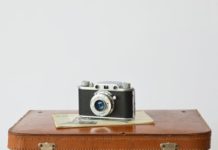 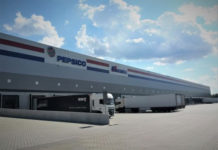 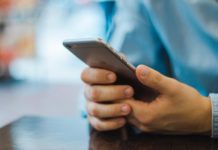