Infina is well positioned to take advantage of Vietnam’s developing retail investing market. Approximately 500,000 trading accounts were opened in the first five months of 2021, a 20 percent increase over the same period in the previous year. Millennials are responsible for some of this growth. While only 3.2 percent of the population invests in equities, 75% of Vietnamese internet users conduct financial transactions online.

Infina, which debuted in January 2021, is the most recent software to join the growing number of investment apps in the region. Despite the epidemic, the firm now serves tens of thousands of consumers and has more than quadrupled its assets under management (AUM). Some of the country’s largest fund managers, including Dragon Capital, Mirae Asset Fund Management, and Viet Capital Asset Management, are among Infina’s financial partners.

1982 Ventures’ Managing Partner, Herston Powers, observed, “For the next wave of retail investment in Southeast Asia, Vietnam is the most potential market. Infina is at the vanguard of Vietnam’s retail investing revolution, and it has quickly established itself as the most trusted brand among millennial investors. The fundamental factor that distinguishes Infina is their dedication and experience in developing online communities.”

“Infina is establishing the ‘Robinhood of Vietnam,’ to make investment accessible, easy, and engaging for the country’s middle and lower classes,” said James Vuong, CEO and Co-Founder of Infina. Previously, the bulk of Vietnamese people put their money in risk-free bank accounts or long-term real estate investments. Millennial investors, on the other hand, are gravitating toward higher-yielding asset classes that demand lower initial deposits.

“As millennial investors transition to higher-yield asset categories, Infina allows users to invest as little as $25 in a wide range of assets, including savings, term deposits, mutual funds, and fractionalized real estate,” James noted. Customers of Infina are mostly millennials between the ages of 25 and 40 who want to save or invest their disposable income for things like family planning, kid education, and early retirement.

James Vuong is a Silicon Valley and Vietnam-based engineer-turned-venture capitalist-turned-startup-founder. In 2008, he returned to Vietnam as VP of Investment at IDG Ventures and a Kauffman Fellow. After departing his previous company, which was acquired by the Japanese conglomerate LINE Corporation, James started Infina.

1982 Ventures’ Managing Partner, Scott Krivokopich, commented, “Infina is the appropriate team to support in order to seize this huge opportunity. The internet retail investing industry in Vietnam is at a crossroads, fueled by rising incomes and millennials.” “Infina is democratizing wealth management access to a highly underserved sector,” he continued.

The money will be used to help Infina grow and extend its product offerings. Infina was developed with regional ambitions in mind, but due to enormous development potential, it will continue to focus on Vietnam. 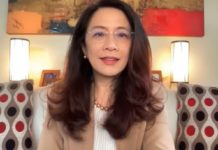 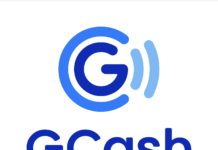 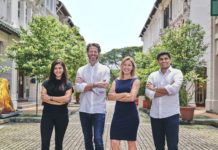