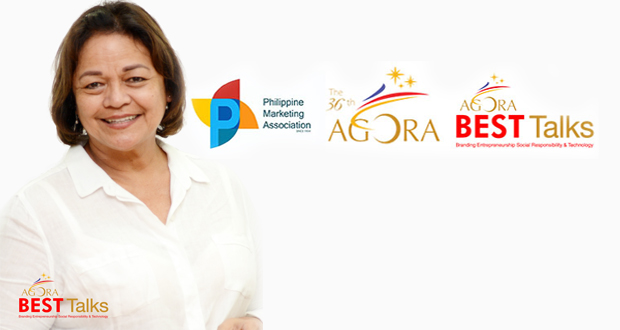 The Agora Awards, hosted by the Philippine Marketing Association (PMA), ushers its 36th anniversary through a showcase of another breakthrough in the marketing industry—The Agora Circle Conference. To be held this coming October 31 at the Marriott Grand Ballroom, the gathering will feature former winners of the reputable Agora Awards. The assembly is set to be another inspirational and educational session, with the past winners sharing first-hand stories on how they developed their winning marketing strategies.

Agora BEST Talks chairman Donald Lim shares that the PMA decided to revive this initiative as an inspiration for marketing professionals and students. He says, “This year, we decided to revive it, because we saw that people are really looking for avenues to learn more about marketing, its trends and innovations. They really wanted to get in touch with new marketing tips.”

The conference will be open to members of the academe, industry professionals, and students. Speakers will be discussing topics that are of interest to the local marketing industry such as topics on branding, entrepreneurship, social responsibility, and technology.

One of the speakers to be featured at the Agora Circle Conference is advertising legend Emily Abrera, who received the Agora Award for Marketing Management in 1995.

Abrera, who is chairman emeritus of McCann Erickson Philippines, quipped that the Agora award she bagged was totally unexpected.

“It was a nice thing to have at that time. Years later though, you discover that an award is simply a recognition of something you’ve done at a certain point in time.”

She elaborates, “What you do with people, talents and skills, and what you do later on after you have left the field you were comfortable in, I think, is a greater measure of how well you have used your knowledge.”

Under her leadership, McCann rose to prominence for its creative products, social awareness programs, and business success. She is among the few creative talents who have held top agency position, as highlighted in August 2002 at the Ad Summit by the Association of Accredited Advertising Agencies-Philippines, where she was honored as one of the “25 Mavericks in Philippine Advertising.”

Although she has since retired from the advertising business, Abrera is involved with Foundation for Communication Initiatives Inc. (FOCI), a non-profit advocacy and development communications group.

With success after success under her belt, one would think Abrera knows the industry like the back of her hand. When asked about the advice she has for newbies, however, the advertising legend gave simple, heartfelt words.

“Follow your passion. That was how it was for me so it never felt like work. It continues to be my passion today.”

She closes, “I manage to use what I’ve learned and what I know for something good, something that could benefit a greater number of people. We’re happy when we can do that.”

For details and reservations, visit www.theagora.ph. For information about the Philippine Marketing Association, visit philippinemarketing.net.ph. 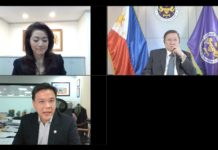